​Marguerite Redman Dorgeloh printed the lithographs "Mission Delores" and "901" (see below) as an artist working with the San Francisco WPA FAP art projects. Print 901 refers to 901 Potrero Avenue in San Francisco where, for a short while, became the location of the San Francisco WPA arts projects. It was also the home of the Federal Art Project (FAP) graphic arts program under the direction of Raymond Bertrand (from 1935-1939). In an interview conducted in 1964 (Oral history interview with Shirley Staschen Triest, 1964 April 12-23, Archives of American Art, Smithsonian Institution).  Shirley Triest explains to interviewers Mary and Robert McChesney some of the San Francisco locations used by the WPA arts programs:

"SHIRLEY STASCHON TRIEST: On WPA proper. I began on the lithography project on Turk Street and it was a condemned building as many of those occupied by WPA were. The offices were moved from there to 901 Potrero and they were housed at that location for quite a long time until after the building was considered unfit.

MARY MCCHESNEY: Was that the building you told me had been the reform school for girls?

ROBERT MCCHESNEY: That's where the new hospital is?

SHIRLEY STASCHON TRIEST: I believe there is a new building of the San Francisco Hospital Wing there.

ROBERT MCCHESNEY: There is an awful red, big brick building there.

MARY MCCHESNEY: Both of these buildings were where the lithography project originally was and the second is no longer in existence.

SHIRLEY STASCHON TRIEST: No, neither of them are. Both of those buildings had many things besides the lithography project in them. There were offices and the exhibition department and on Turk Street there was the weaving project where the dyes were made and the wool was dyed. Tapistry was made there. At 901 Potrero the photography project was also housed and a great deal of the mural projects and the teaching project. In another wing of the building, I believe there was some clerical section of the WPA also.

ROBERT MCCHESNEY: Where was this?

The building stood on the west side of Potrero Avenue where 21st Street intersects. The building is now gone, incorporated at sometime into San Francisco General Hospital.  Marguerite Redman Dorgeloh, or Redman, as she preferred to be called is reputed to have made some 50 prints for the Federal Art Project between 1936 and 1940 (Seaton 2006:54).
Click on image panes below for more complete information, availability, and pricing. 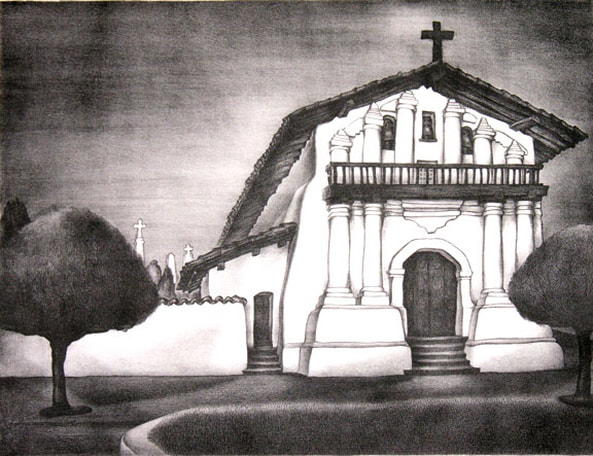 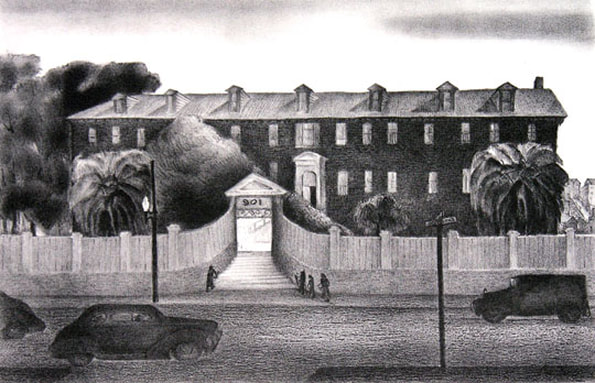